For the 2016 Alameda General Election, we endorse the following positions and candidates.

AUSD Parcel Tax – Measure B1
Vote “No.” The school district has done it again – structured a parcel tax that favors large corporate property owners, with a tax cap, over the average working person. Large corporations who can afford to pay much more will pay as little as a penny per square foot, while regular people will pay 32 cents per square foot. For the most recent year, 165 parcels “capped-out” at $7,999, which means AUSD is letting those large corporate property owners pay a lower effective rate than you pay, and pay less than they should. This sort of unfair structure in 2008 (Measure H) was the source of a lawsuit that cost the school district millions of dollars in legal fees and tax reimbursements to property owners.

Measure B is also unfair to students – funding charter school students at a lesser rate.

The school district called this election 2 yrs before the existing tax expires, because they want to exploit high turnout in a general election. There’s time to vote “no” and send them back make corporations pay their fair share, and bring the tax back before voters.

Vote “No.” There are no guarantees that the expanded tax will be spent on services for residents and not go to public employee salaries. And, let’s be clear, it is a tax “expansion” – a June, 2016, city staff presentation explained that the measure “expands” the tax, until they realized what they were saying, and then they backpedaled and changed the word “expand” to “clarifies.”

The reality is they are asking Alameda residents to pay an additional $1.5 million in utility tax – an expansion. And an expansion it is – you’re going to pay more for every mobile phone in your family, including your children’s phone.

Even worse, City of Alameda officials lied to the public about all of this. They further expanded the tax by adding language to tax streaming services like Netflix and Amazon Prime. (Do you want the city manager in the middle of your “Netflix and chill”??)

The Alameda firefighters union spent thousands of dollars to help pass a similar measure in Hayward, in June 2016, because they know the money goes to line the pockets of public employees, and not services for residents.

Vote “No.” This is the Alameda Renters Coalition draconian rent control measure. A chief problem with this measure is that it will give renters a “supervote” at the ballot box – they will feel free to vote in favor of any and every tax measure that comes along, no matter how good or bad, safe in the knowledge that their landlord won’t be able to pass the tax onto them. The result is that they foist payment of the tax onto all homeowners, whether or not they they are landlords.

Vote “Yes.” This is the city-sponsored measure asking voters to ratify the rent control ordinance that city council approved in March, 2016. It provides that all landlords, even those with properties exempt from rent control under state law, use mediation when tenants feel a rent increase is too high. Overall, this measure is much more fair, unlike the renters coalition measure which attempts to swing the pendulum to the opposite extreme. 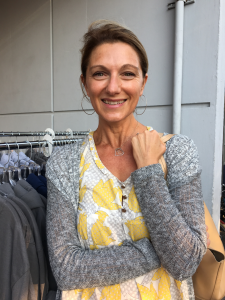 Bullet vote for Jennifer Roloff. Bullet voting means voting for only one candidate, even though you can vote for two. This helps ensure that the best candidate is elected. Roloff is the only candidate that will work to make sure that as Alameda grows, and corporate developers try to “mine the gold” in the form of available land, they will have to give back to the community in return.

Vote for Roloff and only Roloff.

To learn more about Malia Vella and Marilyn (Ezzy) Ashcraft, and the rest of the firefighters union stooges, read about the firefighter union-sponsored Alameda Citizens United political committee.

Barbara Thomas is a long-time Alameda resident with a track record of public service and deserves your vote. Her opponent has questionable ties to the Celeste Guap exploited-minor sex scandal enveloping the District Attorney’s office and East Bay law enforcement agencies